Inflation Drops – And Sets a Trap for the Bulls

Equities rallied on the week in anticipation of a better-than-expected Consumer Price Index (CPI) report and a dovish pivot from the Federal Reserve. The S&P 500 finished the week up 1.6% with core bonds flat. However, it was likely a more painful ride for investors than the return numbers would suggest.

Most analysts were predicting the CPI would come in lower than expected and that stocks would surge. JP Morgan, for example,  issued comments that the S&P 500 could go up 10% in one day if the CPI came in low enough. This is some evidence of euphoria and fear of missing out, the kind of thoughts that central banks have been pushing back against in recent months.

The CPI did indeed come in below expectations.

The S&P 500 futures were up 0.9% ahead of the release to go along with a gain of more than 1% on the previous day. On the release the futures surged an additional 3.1% to reach a pre-market gain of +4%. As of this writing, the S&P 500 futures are down 6.0% from their intraday high in just over two days. This is yet another case of buy the rumor and sell the news. Those looking for V-shaped recoveries continue to be pushed back.

The Federal Open Market Committee (FOMC) meeting on Wednesday was again bought into as the market was ready for a Chair Powell pivot so it could be off to the races. The S&P 500 was up almost 1% going into the meeting. It would fall more than 2.5% from its high before recovering some of the losses into the close.

The European Central Bank follows the Fed and they raised rates by 50 bps today. Usually much more dovish than the Fed, they pivoted to a surprisingly hawkish tone. Chair Lagarde indicated there is potentially several more 50 bps increases even though she acknowledged the expectation that the region is already in recession. 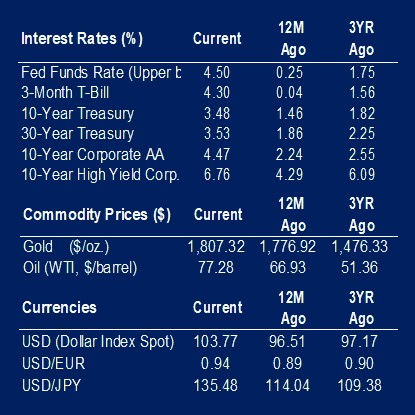